I don't know if many of you remember the Rockford Files.  It was one of my favorite private detective shows in the 70's.  He always had outlandish cases, and seemed to almost always be in trouble with someone, but he managed to solve his cases. 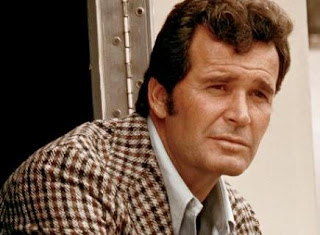 One of the things that was used in the show a lot was, whenever Jim Rockford would start working on a case, the bad guys would find him (which in a strange way always made it easier for him to solve his case).

Well, the other day I had a "Rockford Files" moment.  I was searching for a person to serve process on.  I was warned the guy had violent tendencies and had trouble with the law.  Apparently he has at least two women (current or former girlfriends) deathly afraid of him.  Anyways, after I had been by his place twice and was told he would be in a certain area, he found me.  That's right, while I was searching for him, he came and found me.  He asked me who I was, I told him my name.  He then asked if I was "the process server."  I told him I was and asked if he was (the name of the guy I was looking for) and he indicated he was.

He asked me what the papers were about, I told him all I knew was they were a citation (normal for process service) and something about an "OCA" which is what was indicated on the papers.  I showed him the papers (handed them to him and he took them (at which point he was served)) he then asked me to read what was on one of them because he didn't have his reading glasses.  So I read one of them for him.  He then took the papers and left.

Sometimes when you are looking for something or someone, they find you instead of vice-versa.