Process Service - It is All About Integrity

OK, I had an inner debate whether or not to post about this.  I don't like to point out when other folks in my profession screw up. However, I was hired, basically to clean up someone else's mess.  SO I thought I would talk about it in generic terms.

First of all, there is this thing in Texas called alternative service.  If I am trying to serve you, and I do not catch you at home (but I can show it is your home), I do not have to serve you in person.  If I make (in most Texas Counties) 3 attempts to serve you at home (or work) and I do not catch you there - whether or not it is because you don't answer the door, or you are just not there - I can write an affidavit stating my attempts and how I know you live (or work) there and a judge more often than not will allow alternative service.  That usually means I can either leave the papers with anyone over 16 at the residence, or I can "post" them to the front door (or gate if I cannot access the door). Posting simply means attaching it (usually bu tape) to the front door.

Here is the key.  The affidavit.  If a process server ever lies on an affidavit - they may as well quit the business.  Why?  Several reasons.  First, you have committed a felony (perjury).  Second, if you lied once - every single service you have done can be contested.  Every single service you do in the future can be contested.  You have no credibility - none.  See every return a process server files is either a notarized statement, or a statement made "under penalty of perjury" when filed wit the court.  Once you have been found out to have lied - there is no reason to believe you.

Do servers make mistakes on returns?  Sure they do - a mistake is not a lie.  It can be corrected with an amended return.  If you make enough returns, you will need to make amended returns.  If you lie on an affidavit or return - You are done.  I mean for good. Forever.  There is no "grace period."

To circle back to what I said earlier, about pressure to show that you "serve" the papers, this is the only motivation I can think of for a process server to lie on a return or affidavit.  Why lie.

As a process server, I am a professional disinterested third party.  My job is to to do the best I can to serve the documents, but if I cannot, there usually are remedies in the system.  It is no skin off of my nose if I do not get someone served, if I have put forth due diligence to get the papers to them.

So, there is someone who knows the specifics of a process server who lied in an affidavit.  That person is now obligated under Texas rules to report this to the JBCC (the folks who regulate process servers).  I hope that this is done.
Posted by Barry 1 comment: 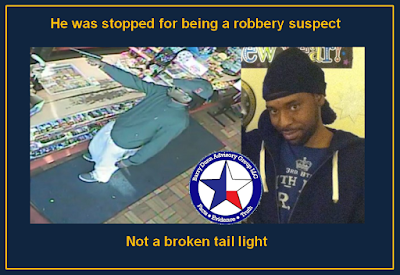 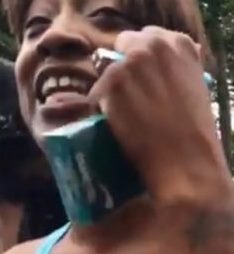 Will Smith Killed - Road Rage, or a Planned Homicide?

New Orleans Saints own Will Smith was allegedly shot and killed by Cardell Hayes after a traffic accident.  Apparently Hayes rear ended the car that Smith was Driving.  Smith's wife was in the car.  She was also shot but was taken to the hospital for treatment.  Smith leaves behind his wife and 3 children.

Thiis has been reported as a "road rage" incident.  However, Hayes has a shady history, and was somehow supposedly workig security for the New Orleans Saints.  How a guy that had plead guilty in 2014 to the illegal carrying of a weapon and drug paraphernalia works security kind of has e baffled.

It is also interesting to note that Hayes had filed a wrongful death lawsuit against the NO PD.  It is interesting that former NOPD commander Billy Ceravolo was named specifically in that suit.  He was also seen together with Smith and Pierre Thomas earlier that same evening.

As of now, the NO PD is saying that Hayes and Smith did not know each other.